How does Charlie the Golden Retriever take to his brand-new den? One owner tracks their dog’s crate training from start to finish. 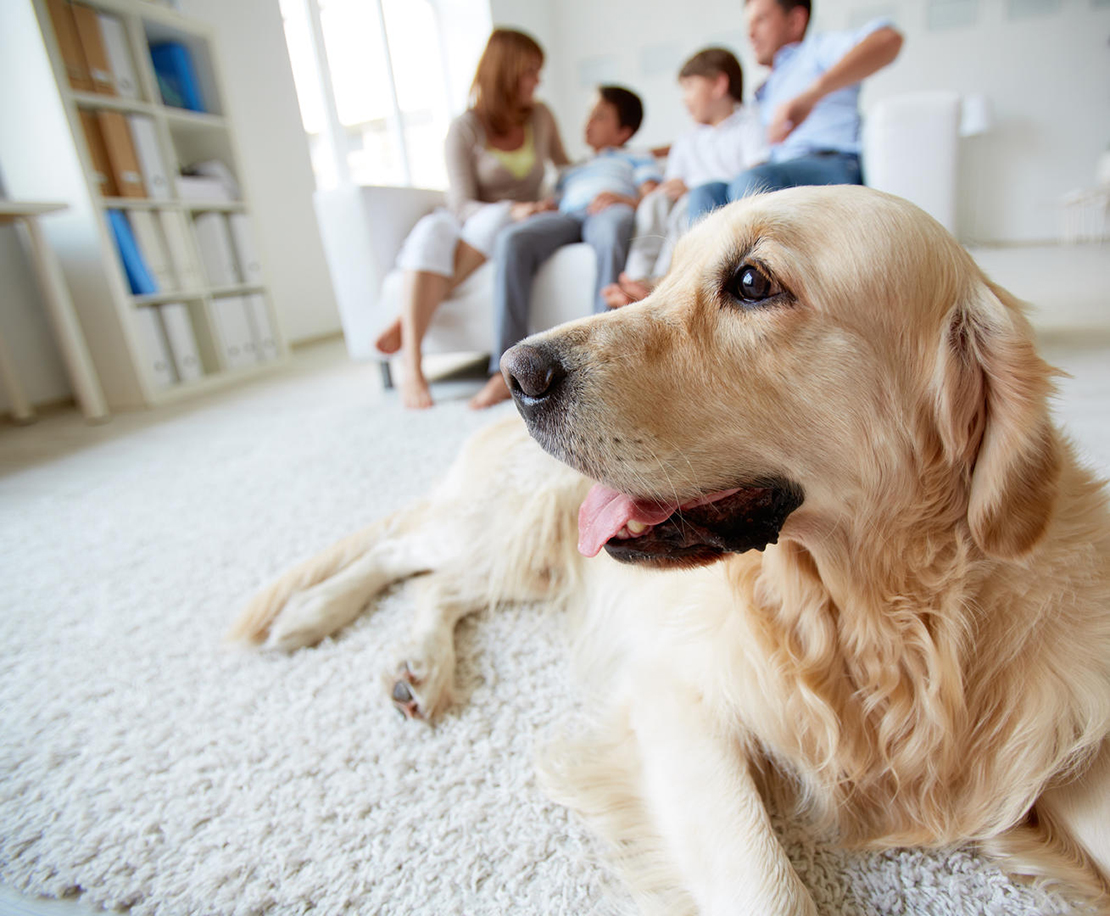 We have a young Golden Retriever named Charlie. We managed to house-train him fairly easily, but we’d reached a point where we wanted to be able to leave the house without him going bonkers. A friend of ours who has lots of experience with dogs told us that crate training your dog could help calm him down. We liked the sound of that!

A dog crate is a cage (we don’t call it that!) or indoor kennel (much better) that acts as a safe, secure area for your dog to ‘retreat’ to during the day. And crate training a dog at night can help your dog – and you – sleep more peacefully. The crate method of dog training is a practice that has gained momentum here in Canada, and it’s growing in popularity in many other parts of the world as well. Although we’re past the toilet training phase with Charlie, we discovered lots of people also use a dog crate for potty training. That would have been helpful for us to know a few months ago!

After reading up on the pros and cons, we decided to give it a try. Easier said than done?

Expert tip: Crate dog training isn’t only useful for calming your dog, it can also help with:

We spent about a week looking online. Nothing seemed to be right. We needed a crate that would be big enough for Charlie to stand up in when he’s fully grown and filled out (adult goldens can get big!). The larger crates we saw, however, all looked like something you’d keep in the zoo, not our kitchen. Some of the crates had removable divider panels. Those are pretty nifty if you’re trying to house-train a pup that’s younger than Charlie (for house-training you want a crate that’s roomy enough to turn around in, but not too big.)

In the end, after visiting a couple of pet stores and seeing the crates in person, we settled on one that looked about right.

The dog crate arrived. Poor postman. We unwrapped it and unveiled it to Charlie as if it was a birthday present. Naturally he took an interest, though mostly in all the cardboard. For now, we’ve put it in the kitchen where we spend most of our time. We made sure it was a welcoming place with some comfortable bedding and a couple of his favourite chew toys inside. Then we left it with the door tied open so it wouldn’t bang shut.

Apparently, it’s best to leave to leave the crate open at first so your dog learns to trust it.

To be honest, I think closing the door on Charlie is going to be harder on us!

Charlie has shown no interest in the crate whatsoever. This morning, we placed a few treats inside (making sure he was watching), but he still wasn’t interested in entering it. Eventually, we made a breadcrumb trail of food leading to the crate, trying to lure him in. Charlie was smarter than us – he ate it all from the doorway of the crate and wandered off, looking smug. We tried again later by putting a little pile of treats in the middle of the crate. He went half inside and gobbled them up. Progress.

We went through the same process a few times. We find it important to stick to our dog crate training schedule. Charlie’s coming around to the idea of the dog crate being there, but he still isn’t interested in sitting in it. We decided to move his food bowl next to the crate door to give it more of a positive association. I think we’re all getting used to it now (this was the first morning that I didn’t stub my toe on it…).

Charlie had been eating quite happily from his food bowl, but today we placed it right inside the crate for his breakfast. That was too much for Charlie. He refused to enter the crate to eat his food, so we put his food bowl back at the entrance of the crate. He was fine with that. Before we went to bed, we left a last snack of his food in the crate.

The bowl was pretty much empty this morning. We’re getting somewhere! For Charlie’s breakfast we put his food bowl right inside the crate. He thought about it for a while, then went in and ate it. From now on all his meals are going to be in the crate. Labs sure do love food, so we’re hoping he’s starting to associate his crate with his favourite activity: eating!

We moved on to the next stage today and closed the crate door while he was eating. It felt a bit mean to us, but he didn’t seem to notice and sat down to lick himself for a while. We stayed in the kitchen to monitor him. As soon as Charlie completed his grooming, he started getting a little restless, so we let him out. We repeated the process for each meal, leaving the door closed a little longer each time. He’s much calmer now, but we still keep an eye on him while the door is shut.

We left Charlie alone in the crate for the first time. He began whining, so we let him out immediately. We repeated the process for every meal. I think he’s gradually becoming more at ease with the ritual. We’re also giving him a long walk at night to tire him out, and we’re leaving him some yummy treats inside the crate.

Charlie was sitting in his crate when we came down this morning! We gave him lots of praise and fed him. Hurray! Crate training my dog appears to be a done deal. This is going to be his hang-out from now on, his own oasis where he can chill. I’m almost jealous!

A few weeks later, Charlie is fully crate-trained – and so are we. We’ve established a good routine now of putting him to bed in his crate. We close the door at night and open the door to let him out in the morning, and we make a point of doing so without any fanfare. The crate looks a bit more lived in now, with a comfy pile of blankets scooched up in one corner (he’s made himself a sleeping area, a food pile and a chew toy zone). It’s comforting for us to know that he’ll be happy in the crate if we ever need to leave him during the day. Plus, I’m sure it’ll make easier to transport him when we go on holiday. I guess that’s the next thing to plan!

Note re: crate training a dog:

Crate dog training won’t always go as smoothly as it did for Charlie. The whole process can be rather traumatic…particularly for dog owners! If your puppy is reluctant to go in the crate, then try putting their favourite treat inside and closing the crate door, with your puppy remaining outside. Now let your puppy’s natural curiosity take over! Hopefully they will try to get into the crate to secure their treat. After about 20-30 seconds, open the door and see if they’ll now go in. If they do, they will be rewarded with the treat inside, reinforcing the crate as a positive place for them.

Crate training doesn’t just work on pups like Charlie. Crate training an older dog or rescue dogs can also be effective. Just take your time and remember that positive reinforcement, patience and sticking to the routine are the keys to success.